The (Siren’s) Sky is the Limit 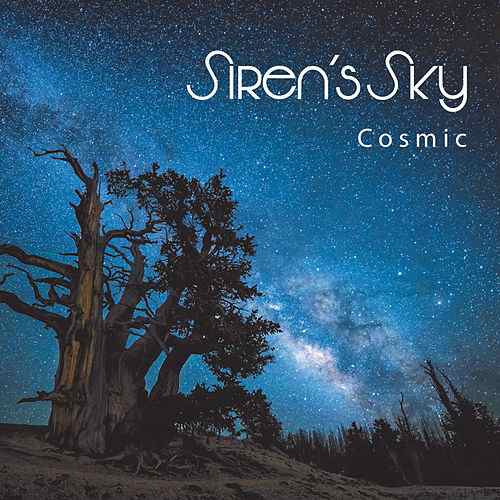 Every now and then we enjoy digging into releases that showed up several years ago. With so much music being shared on Drooble and all other digital and physical outlets on a daily basis, there’s certainly stuff we have missed. “Cosmic” by Siren’s Sky is one of those gems and we’re now taking a closer look at it because we are sure it will suit the taste of everyone with a heart for cinematic rock music.

Siren’s Sky is a solo project founded by Dutch songwriter and multi-instrumentalist Herbert Kaptein. Playing the guitar for over 25 years now, his resume features bands like Eyes Are Blind and The Undertow. However, after being diagnosed with Non-Hodgkin lymphoma in 2011 he decided to take a step back and focus on writing solo music. Struggling with such a serious condition is not an easy task and we like to congratulate Kaptein for the dedication! Not only his music can serve as an example for musicians but his determination to keep going despite everything that life has offered him deserves our endless admiration.

Siren’s Sky is his latest endeavor and while he takes care of writing, performing and producing the music he’s also working with female vocalists from all around the globe. This is a project that showcases not only amazing and skillful musicianship but the power of collaboration as well. That has always been a big thing for us here at Drooble and proves music is not just an art form but an act of true love and passion that transcends the mundane. In his biography Kaptein shares he’s never met some of the singers he’s worked with and despite that together they have managed to create a hauntingly beautiful piece of art.

“Cosmic” takes us way further than back to its release year of 2017. It paints a world which feels way more beautiful and simpler than ours. From the beautiful artwork to each and every note that is on the record it feels like a story these musicians assembled to share with us. From the acoustic guitar driven opener “Release” through the post-rock leaning tracks like “Forever” and “Cosmic” to the almost indie country vibe of “Heal You” and the soulful “Soulmates”, you are in for a very intimate and sincere experience. If we had to describe the album with one word it would have been warmth. Everything in “Cosmic” just feels warmer – the production, the guitar tone, the vocals, the honest and personal lyrics, the minimalist and precise arrangements. Every bit of the album is on the right place, the way the tracks are ordered makes it feel a full-on emotional rollercoaster. “Cosmic” will not let you get distracted for even a second. So, hit play and spend some time in the beautiful world of “Siren’s Sky” – the night sky there have more stars than city lights.