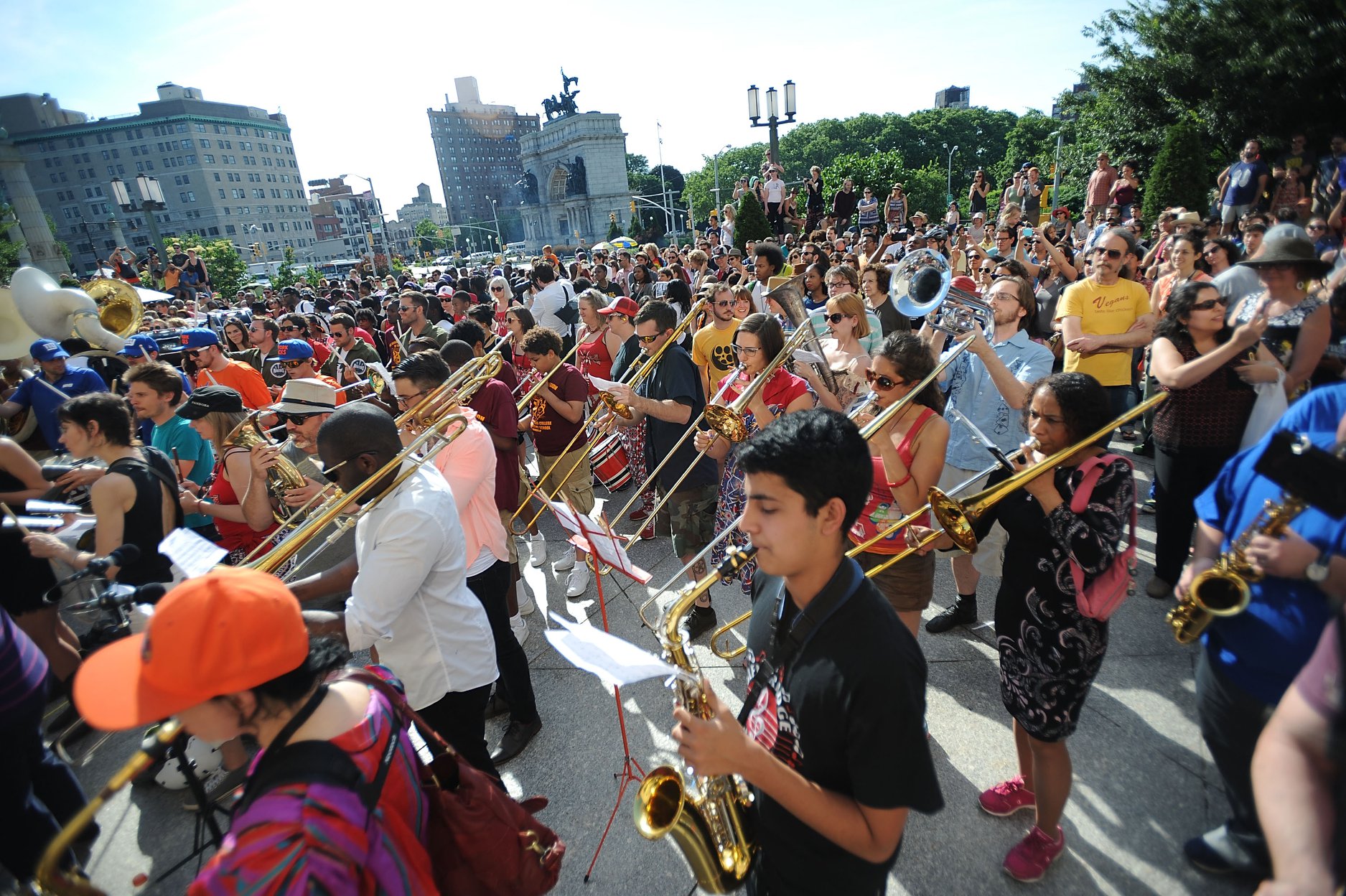 The Make Music Day is an amazing initiative we wish we have launched ourselves! How did it all start and developed over the years?

Make Music Day started out in France, almost 40 years ago, when the Ministry of Culture invited everyone to come outside and play music on a single day. It was such a simple idea and resonated with everyone who loves music – which is to say, pretty much the entire country.

Each year, hundreds of thousands of amateur and professional musicians come out to play music across France on June 21. I don’t know how to convey the scale exactly, but if you think about how many people dress up for Halloween in the United States, and then imagine the same number of people playing music, you’ll get a sense of what it feels like in France.

From the beginning, some people in other countries saw what was happening in France and started their own Make Music Day projects. But it’s really just the last few years that it’s been gathering momentum. China, Australia, Argentina, the United Kingdom, Nigeria, Brazil were not involved at all three years ago, and now there are thousands of events on June 21 in those countries.

Looking at the numbers every year, we see that countries and participants are rapidly growing, which is astonishing! What are some of the main challenges you face when organizing Make Music Day in this global scale?

Our small non-profit organization, the Make Music Alliance, works with community groups, music schools, and governments in each country that wants to start a Make Music Day. We give people the tools and guidance to organize it themselves. They have local connections and expertise, not us!

From our perspective, one challenge is to explain that Make Music Day is not a music festival. There don’t have to be stages, wristbands, tickets, security guards, an artist selection process, or any of that. It’s a holiday that people can celebrate themselves, in their own way. Usually, once everyone understands the concept, it’s quickly embraced. 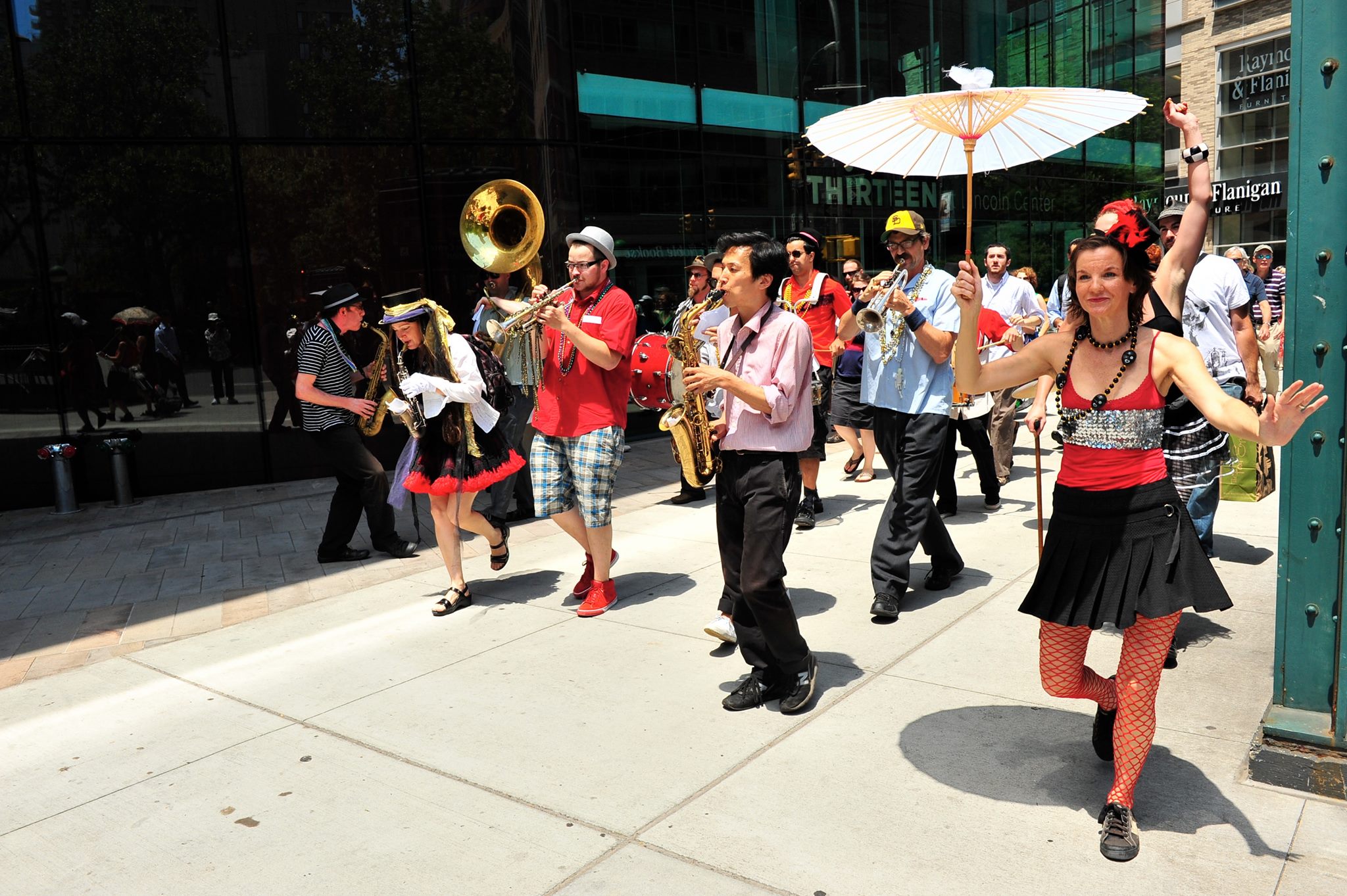 What are some of the visible results you see from organizing Make Music Day?

I think the biggest impact is on young musicians, and amateur musicians, who don’t normally have a chance to play for the public. Make Music Day inspires them to practice, get a set together, and make the city their stage on June 21. Some spend months preparing for the big day. All of this improves their musicianship and makes them see themselves as musical creators.

That said, lots of professional and more established musicians participate too, and enjoy playing outside for a new audience, and taking over public spaces with their music.

What is the best way to celebrate the musician in all of us in the rest of the 364 days of the year?

There’s something wonderful about being an amateur musician, discovering new ways of listening and thinking about music. And anyone can be an amateur! If you are a professional violinist in a symphony, start taking conga drum lessons and suddenly you’ll be an amateur again, listening to music differently and meeting new kinds of people when you go out to jam sessions. Make Music Day celebrates this musical attitude, but it’s available for people all year.

How do you see the role of music and musicians in the world today? How can they best use their skills to make an impact?

Everyone belongs in our society. People are people, and everyone is worthy of our concern and our respect. Despite this, there’s been a growing movement all over the world to create a fear and hatred of anyone who is “other”: immigrants, refugees, people of different ethnicities, people with disabilities, and so on.

Musicians can play an important role to counteract this movement. Music is for everyone, and anyone can make music. It’s something that demonstrates our common humanity. When you play music with someone else, you become aware of their individuality and their cultural background, and you find ways to harmonize together. If people create musical connections with the “others” in their community, it humanizes everyone involved and drives a larger impact in society. Plus, it’s fun. 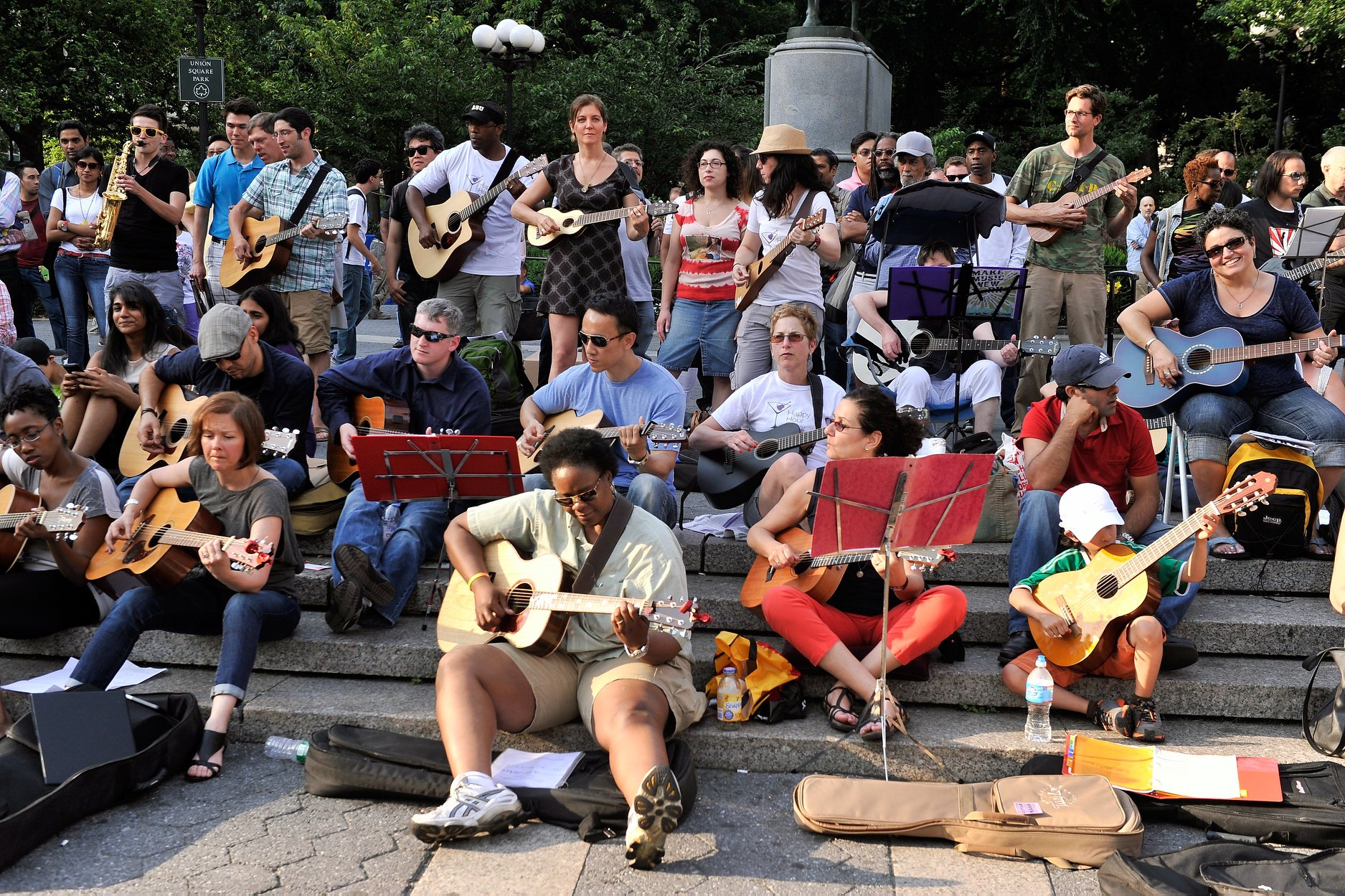 How is technology changing music creation, publishing, promotion and consumption in your perspective? What advice would you give to indie musicians in this respect?

My perspective is that music is a basic thing that people do, everywhere. Technology has changed over time, but most of what it takes to be a successful musician – writing a good melody, playing well in an ensemble, connecting with the audience in front of you – are the same skills musicians have developed for centuries.

You’ve got to be online too – that’s where people are, that’s where you can meet other musicians and find an audience. But don’t spend your time perfecting your band’s search engine optimization, instead of writing better songs.

If you had the power to change only one thing in politics, education or business worldwide in order to promote music and support musicians, what would it be?

I would put practice and rehearsal spaces in every neighborhood. Here in New York, the borough of Manhattan has 44 public libraries and about 30 public swimming pools and recreation centers, which are free or very low cost. That’s great – it’s important for everyone to be able to read books and to exercise.

Making music is just as important and should be treated the same way. There should be at least 30 rehearsal spaces in Manhattan, each with dozens of free practice rooms anyone can use. So many people stop playing because they can’t find a good place to practice, and they stop meeting other musicians. Free, public rehearsal spaces would change everything.

Go check where will be the nearest Make Music Day event and make sure to take part in it on the 21st of June: www.makemusicday.org