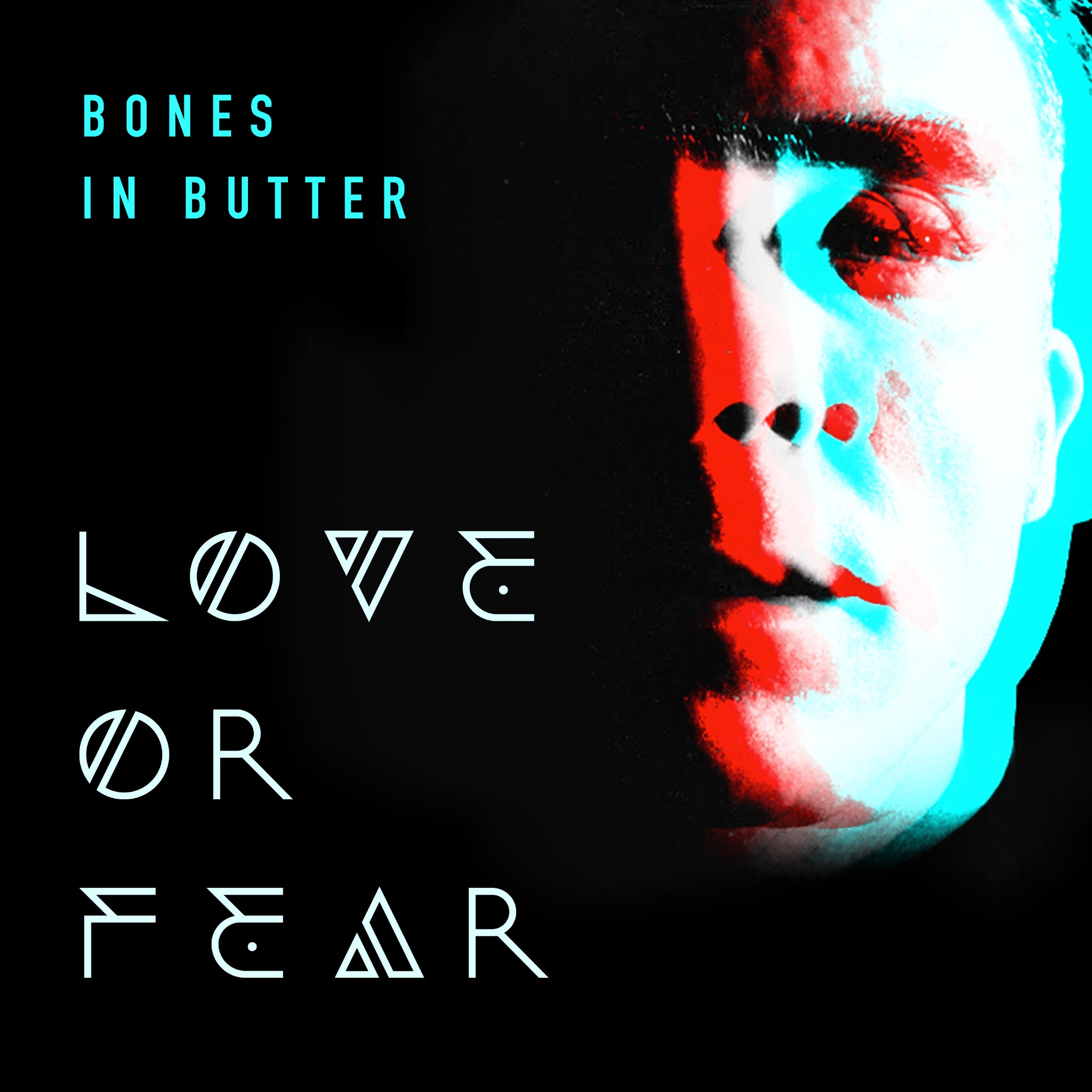 Bones In Butter started as a solo project by Milutin Krašević, a self-taught guitarist and songwriter born in Lucerne, Switzerland but of Serbian descent. The path to writing ‘Love or Fear’ was the result of a life-long interest and passion for music. The project was fleshed out after Krašević returned to his Balkan roots and started a new life in Belgrade, Serbia with his family.

Many people who make music alone are forced to make the best of their own skills with multiple instruments and prefer not to bother to get outside talent involved. As much as we understand the reasons behind such an approach we have to admit sometimes the result not always does the musical ideas proper justice. However, Milutin decided to go the other way around. Having previous experience in band dynamics he’s formed a tight line up that allowed his musical ideas to shine as bright as possible.

In the seven tracks of ‘Love or Fear’ Bones In Butter not only sound like a full-on band but their music is moving throughout the whole indie alternative specter with a ton of new wave and post-punk influences, which comes as no surprise as the new wave scene in former Yugoslavia was the bomb in the early eighties. While tracks like ‘The Impostor’, ‘Riffraff’ or ‘Stop Dancing Now!’ are powerful and bursting with energy, Bones In Butter are not afraid to slow things down (‘Marry Me’ or ‘Beyond the Sea’) or even shoot us in a dreamier, almost shoegazing realms of their music (‘Littlewing’).

Everything about ‘Love or Fear’ is top-notch. The production suits the multiple genre references that the music constantly feeds us, the tracks are varying but never feel too detached from each other or from their common core of influences and drive.

We hope Bones In Butter hits some serious stages because their music surely deserves it!