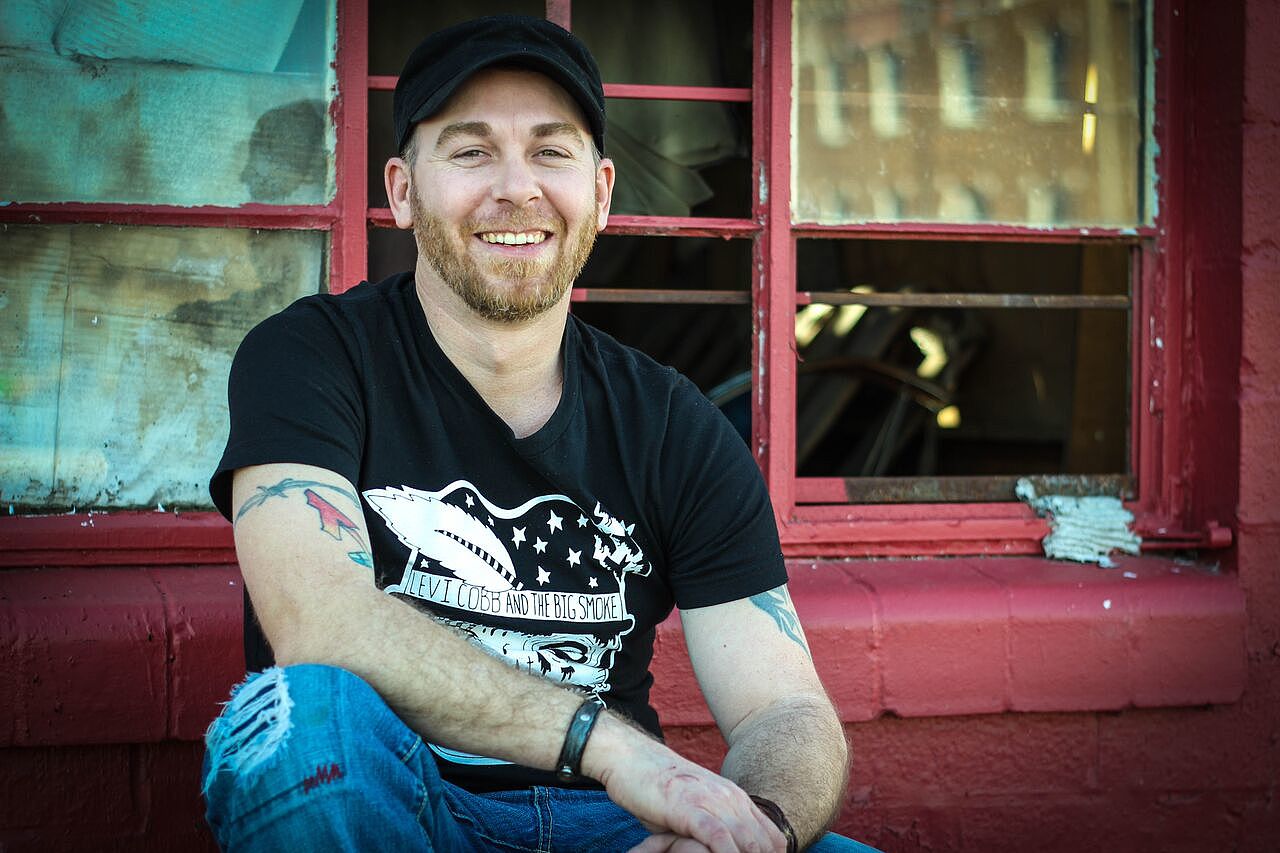 Patrick Hamilton is a busy musician. We caught up with him as he prepares to hit the road in May for a stateside tour while working on a full-length record, a YouTube documentary, and other things musical. He has a lot to say about music as a passion and escape, playing the guitar and writing songs, finding inspiration in all kinds of music… Patrick is nothing short of a consummate artist and having him interviewed on the Drooble blog feels fantastic! Enjoy this read.

It seems to me that music has always played the role of “Hero” in my life. When I was younger, music was an escape into a better and more free place at times when I felt trapped, it was there to come to my rescue and help me to let my feelings out. Music still remains my savior at times, but my relation to the music that I now make has evolved over the past 5 years, since beginning to learn to play, into something more than a passion or escape. I have seen the country, and soon will see the world, all because of me and music, it feeds me, clothes me, keeps me company still in the darkest, dampest, loneliest of times. 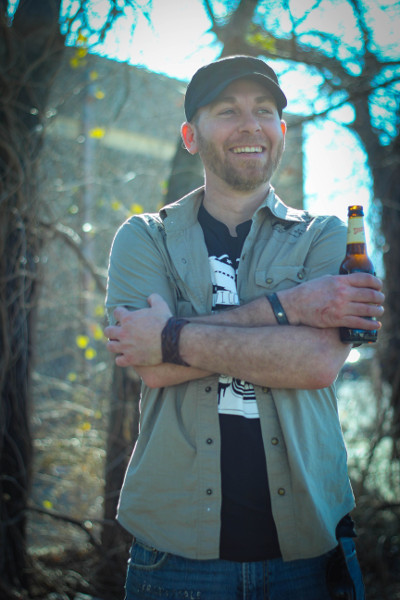 I really don’t know if I have an “All time favorite album,” I grew up listening to all sorts of music in my house, from Elvis, or Jim Croce, to a load of classical works by Vivaldi and Bach. As a teenager I loved the jump around punk sounds of the time, along with real lyricists like Sage Francis, or Three Six Mafia. Since starting on this journey of playing guitar, traveling and writing songs, I’ve fallen for much more of the iconic folk singer-songwriters that came before, such as John Prine, Guy Clark, Woody Guthrie, and definitely Tom Waits.

I have a Tascam recorder, a hand-held older model one that I got off of Amazon, I record acoustically from that most of the time, throw it on a free version of something like Audacity, and work out what kinks I can from there, I’m no sound engineer, for sure. I did set up (to busk) out front of a studio a couple of times though, till I had raised enough for the lowest pr hr spot I could get, that’s some of the better sounding recordings that you might be hearing on some songs like “Train song,” or “NOLA blues.”

I have noticed that I write better when I’m actually travelling somewhere, I think it has to do with focus and there being a lack of modern distractions. I don’t write as well, to me, while sitting at a laptop trying to book events or arrange the website. 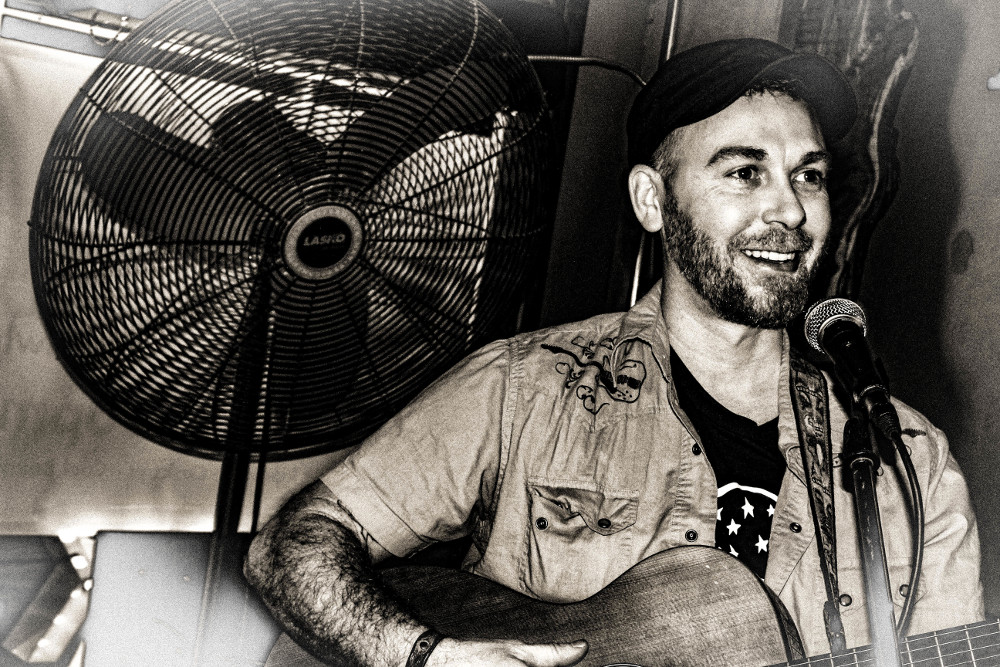 I think that my most memorable “Live Show,” for me personally, was the first show that I booked solo at this old gas light theatre in West Virginia. It was a middle of nowhere, mountains and river town, very small. And I was so so so very unbelievably nervous starting about 5 minutes before I walked out on stage. I think that I was mostly worried about what it would feel like alone out there with these people looking at me, I would have no escape… But, of course, once I took the stage I realized that I couldn’t see anyone there, the audience was shrouded in total darkness, and it was just me and a little bar-stool flooded in light. To tell the truth, once I got to playing, I forgot all about anyone else being there, save for the occasional pause between songs sometimes, when I’d hear the ripple of applause come out of that great darkness.

In the coming year, I will be documenting an entire YouTube series on traveling around and playing music, it will take followers along to meet people, places, and organizations that are making a difference in the world around us. As well as being witness to the breathtaking countryside that I’m always in admiration of, I like to see the cities and make my way from one to another in the most interesting ways I can find, that has also been the inspiration for most of my songs.

I have also been working with a band (or project) recently and have plans to record a full length album within the next year. I am currently still booking this summer’s tour, from an island on Lake Erie through Chicago and Wisconsin, then a nice little hike through some mountains outside of Spokane, on into Portland to see old friends, then a train ride to L.A. and finally back home as always to Denton. I work on a free, or as close as I can get, budget right now because I’ve such limited funds. I make all of my own merch at home, and the dream album is just waiting until the day that I have the financial opportunity to take hold of it.

I love what Drooble has to offer in the way of advise mostly, in just a short time online I have found many many useful tips from talented artists all around the world. I know that there are many other things to do with the site, but I think that the advise from experienced professionals Drooble has put me in touch with has meant the most to me so far. I have met musicians that I would never otherwise have known… And am also collaborating on a few songs with them now.