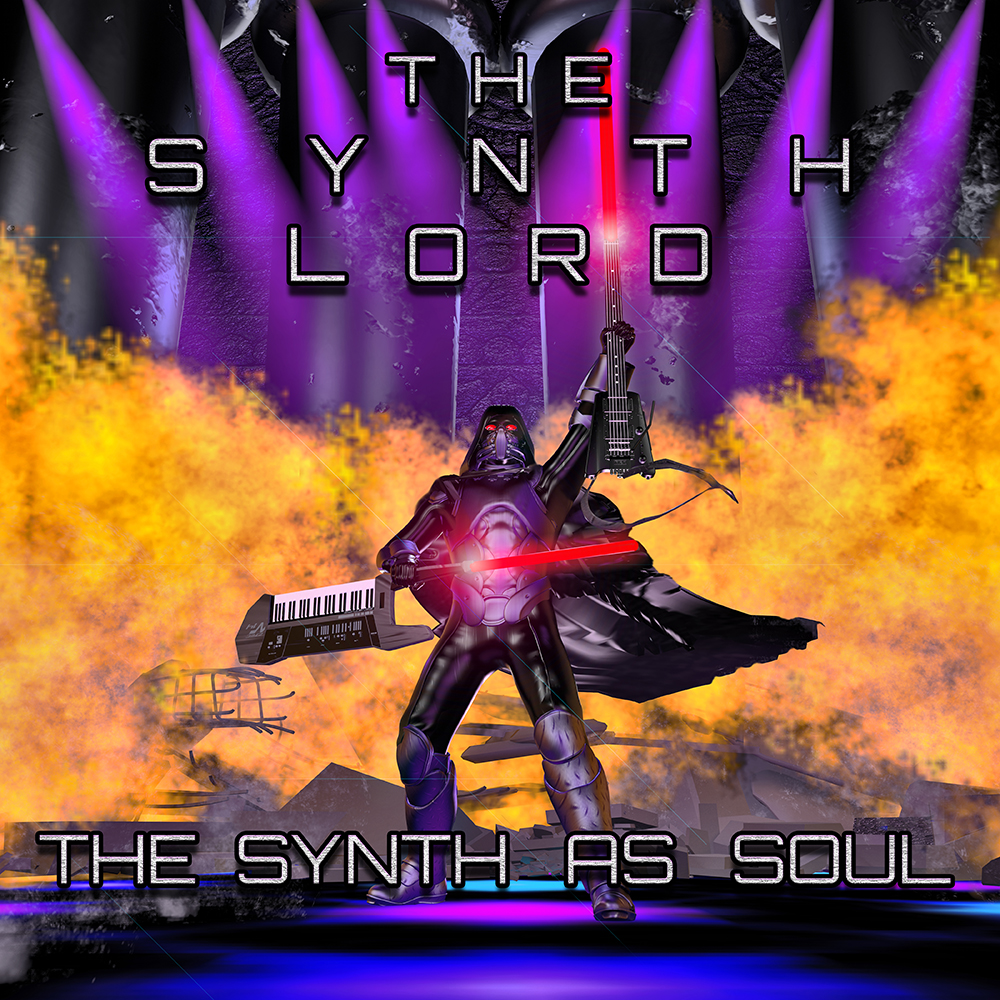 “The Synth as Soul” is wild, from the artwork to the actual music – it’s the bomb!  “The Synth Lord” is a solo project of music producer Juan “Punchy” Gonzalez.  Hailing from Tampa, Florida, (a.k.a. the world’s death metal capital) we were mind-blown to find he’s actually done production work for bands like Morbid Angel, Diabolic, Christian Death, and Unholy Ghost.  Punchy has also directed and edited music videos for Nile, Christian Death, Krisiun and of course for his own musical projects.

With such an extensive biography, we were more than curious to dive into his work as “The Synth Lord.”  As you can guess from the title (and the pretty self-describing artwork), it’s a synth-heavy album, but layers of synthesizers are not the only elements you’ll find in the music.  “The Synth as Soul” is a synthwave/synthpop album with strong industrial rock and 80s new wave/post-punk influences, the latter of which is valid, especially for the vocals. Punchy has not only produced the whole thing but also performed on all the instruments – from synths to guitars, bass, drums, and vocals.

While the music is done with a lot of love for warm and thick analog synth sound, stomping drum machines and tectonic bass lines, it’s in the vocal department that we find this album at its most impressive.  Gonzalez doesn’t stay within only one genre or feel.  He’s experimenting all the way!  This varying approach to singing makes the music remain always exciting, not only fans of 80s synth bangers, which are actually having a strong revival right now, but for everybody who has a heart for rock, new wave, and industrial.  The lyrics are also full of meaning, carrying personal or universal messages, that everyone can find their place within.

“The Synth as Soul” is definitely a “recommended listen” and one of the most interesting albums to have come from the Drooble community.