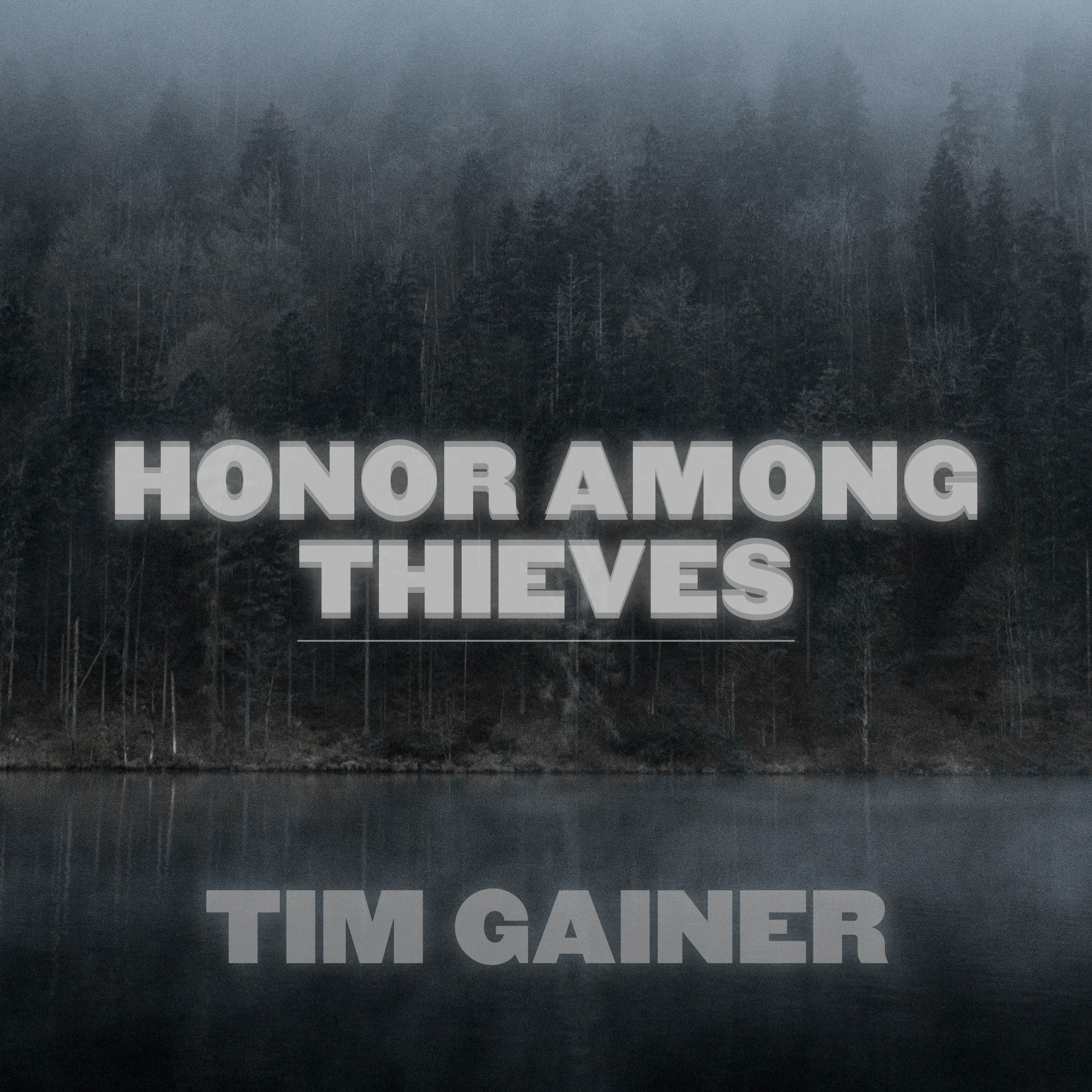 Okay, now you have to stop everything else you might be doing. Put on that (cruelty-free) leather jacket, dust off those ripped jeans and jump in your dancing shoes. That’s right you’re about to be treated with an explosive mix of raw and straight-to-the-face old-time rock’n’roll delivered by Tim Gainer. With solid 40+ years of experience in the music biz and currently based in Chicago this multi-instrumentalist and producer has put together one of the sincerest rock albums of the year.

After years of performing with various bands and formations, several years ago Gainer decided to take full control over his music. ‘Honor Among Thieves‘ is his second release which was produced by Colin and Jim Gainer (nephew and son respectively) who also play drums (Colin) and guitar (Jim). Son Matt plays bass on the album and son Erik contributed guitar and vocals. What a privilege to create music with your own kids!

It is because of my sons and my nephew that this album became a reality. It is due to their dedication to “the family business” and their unfaltering love, encouragement and support through both good and bad times of a 7-year odyssey that this project was finally completed.

The result is a homogeneous mixture of old school rock with a strong garage rock vibe, captured in an organic way with lively sound that doesn’t feel at all under-produced, on the contrary it feels exactly as it should – primal, aggressive and pouring straight from the heart of an artist with a lot of love for rock music.

The pieces in the LP are varying both as tempo and feeling – from the stomping rock anthem ‘Get Out of Dеnver’, the the warm folk melancholia of ‘One Night Stand’ to the spacey mid-tempo emotional outburst that ‘The Sunrise Also Fell’ is – the whole album is a roller-coaster of influences, emotions, and approaches to rock music. It’s also a showcase of musical talent, honest and powerful song-writing and wise production choices.

Did we mention Gainer’s vocals all over the album are absolutely fantastic? Well, now we did. We also did enjoy the prelude pieces in the middle or opening and closing the record. They give you some time to adjust, breathe and prepare yourselves for a journey within the realms of ‘Honor Among Thieves’ – definitely an album that proofs rock’n’roll in 2019 is alive and kicking.