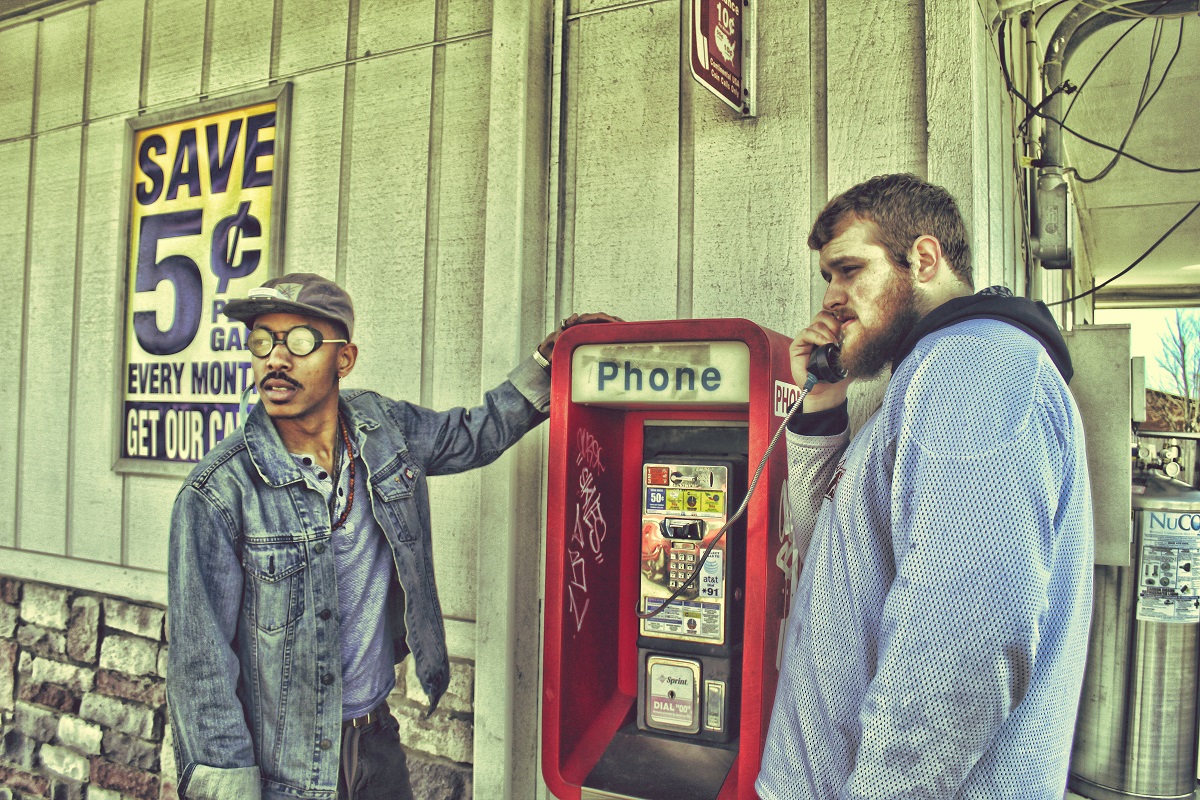 That Guy and DJ Fathouse have been making music for just two years but have already managed to find their own sound. Believing in smart and minimal production, live instruments and real-life influences, as we’re writing this they are wrapping up their first full-length album, which is coming later this year after two EPs. Read everything they have to say about the way they started making music, the place where this has taken them and everything that lies ahead of EyE-C.

We are EyE-C, a music duo composed of That Guy and DJ Fathouse. Growing up neither of us were musicians but both of us were heavily influenced by music. In 2016 we started making music together and quickly grew to become serious about the craft. Today we are far more skilled than when we started. We are now preparing to release our second album and are continuing to progress as musicians daily.

We currently have two projects released on all major streaming sites and select record stores in Indiana. Our debut album titled ‘E’ was released in Fall 2017 and its 2018 successor EP ‘Long Distant Calls’. ‘E’ will always be special to us due to it being our first serious project together. ‘E’ is a 19 track audio odyssey conveying the story of a suppressed extraterrestrial being breaking free. ‘E’s message was compiled through the thoughts and experiences of That Guy and DJ Fathouse. ‘E’ is special for us because we were able to establish our unique sound in this large pool of music.

‘Long Distant Calls’ is a 4 track EP released in Spring 2018. We love this EP because it was a breath of fresh air for us after spending close to a year working on our prior project. The EP embodies the enjoyment we get from producing music. It brought out the 90’s child in us; and, with our new age spin, it was a smoovee tape to make. 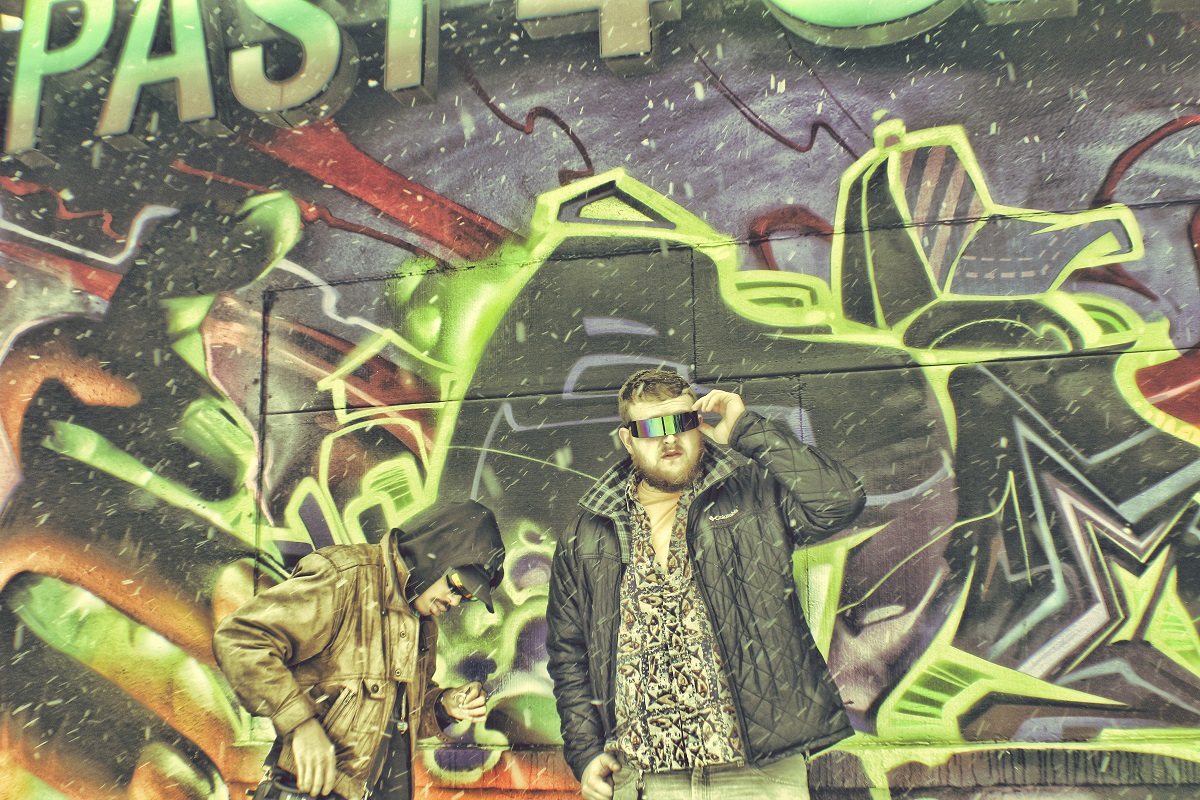 We definitely challenge each other to continue progressing as musicians and individuals respectively. Consequently that adds to the overall drive and ambition during our creative process. This challenge leads us to continually create and expand the music of EyE-C. As of now, we are pushing to expand our overall musical skills. Currently That Guy is focusing on the guitar and Fathouse is focusing on the keys.

Our daily lives inspire us. Certain thoughts, expressions and feelings imitate sound. Our views of society also play an important role in the shaping of our sound. It’s definitely a reason for creating music.

Our current music scene here in Fort Wayne is definitely on the rise, in the past two years two state of the art music venues have been opened to the public, The Clyde Theatre and The Sweetwater Sound Stage are booking national and local talent alike.

There are a few local spots in the city on the come up as well, The Collective State, which showcases the top local talent in our area mostly and The Brass Rail one of the top and steadily rising Dive bars in the state of Indiana of which our Debut Performance will be held on August 11th.

We feel like we are unique in our position in the current musical scene we are in due to the style of our music and us as EyE-C, only in this way we feel that we don’t belong, though we do learn a lot from the musicians around us, a few of them are friends of ours and aid in our overall progression.

For Fathouse, it is very difficult to choose just one record due to the amount of music he listens to. Two records come to mind though, and that is ‘Drunk’ by Thundercat and ‘Pilot Talk 2’ by Curren$y. These projects are quite different from one another, but both have unique sound and a chill vibe. These two albums encompass originality, and really influenced some of the genre blend style of beats we use.

For That Guy, it is a mix between ‘Jimi Hendrix’s’ Electric Lady Land & ‘Pink Floyd’s’ Dark Side of The Moon, each of these opened my EyE and mind to a deeper realm of sound and musical meaning, theses didn’t change me as an artist because I wasn’t one yet, but they did greatly influence The Guy you see today. 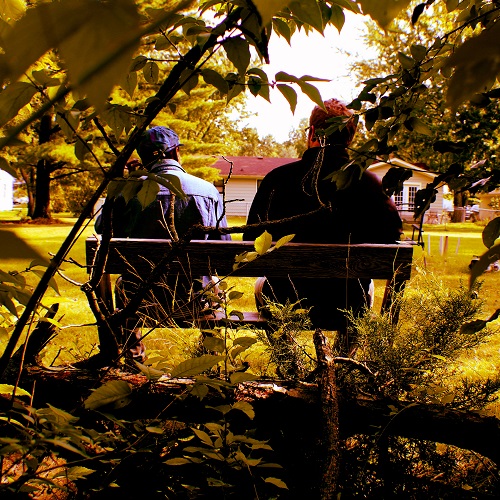 We produce our music using Logic Pro X because it allows us to deeply manipulate sounds without too many technological burdens. For certain projects we live record guitars, which we believe improves our sound dramatically. We also are fans of Waves plug-ins. They can really enhance the overall depth of our sound, especially if you are lacking pricey hardware.

Our process is pretty extensive and intricate to say the least, we both write all of EyE-C’s lyrics together and separately at the same time. We are usually on the same frequency with each other so our writing goes hand and hand. Imagine a puzzle where half the pieces are Guy and the other half are Fathouse. Now solve it and you’ll see the EyE, that’s how we write and ultimately that is how we make music.

Are you playing live shows and is there a gig that was especially memorable, and why?

We are actually having our first show August 11th at The Brass Rail in Fort Wayne, Indiana! We will be performing some songs off of our upcoming album ‘spacEpop’ set to release a few weeks after.

Our biggest musical goal is to create sounds that shed vibes onto listeners through all walks of life, and to open the EyE of many.

Being on Drooble has led to some of our songs getting onto Indie radio stations. Drooble is also a great platform for like-minded musicians to communicate with one another worldwide, find guidance/solutions to questions, and vibe out tunes you may not hear anywhere else. 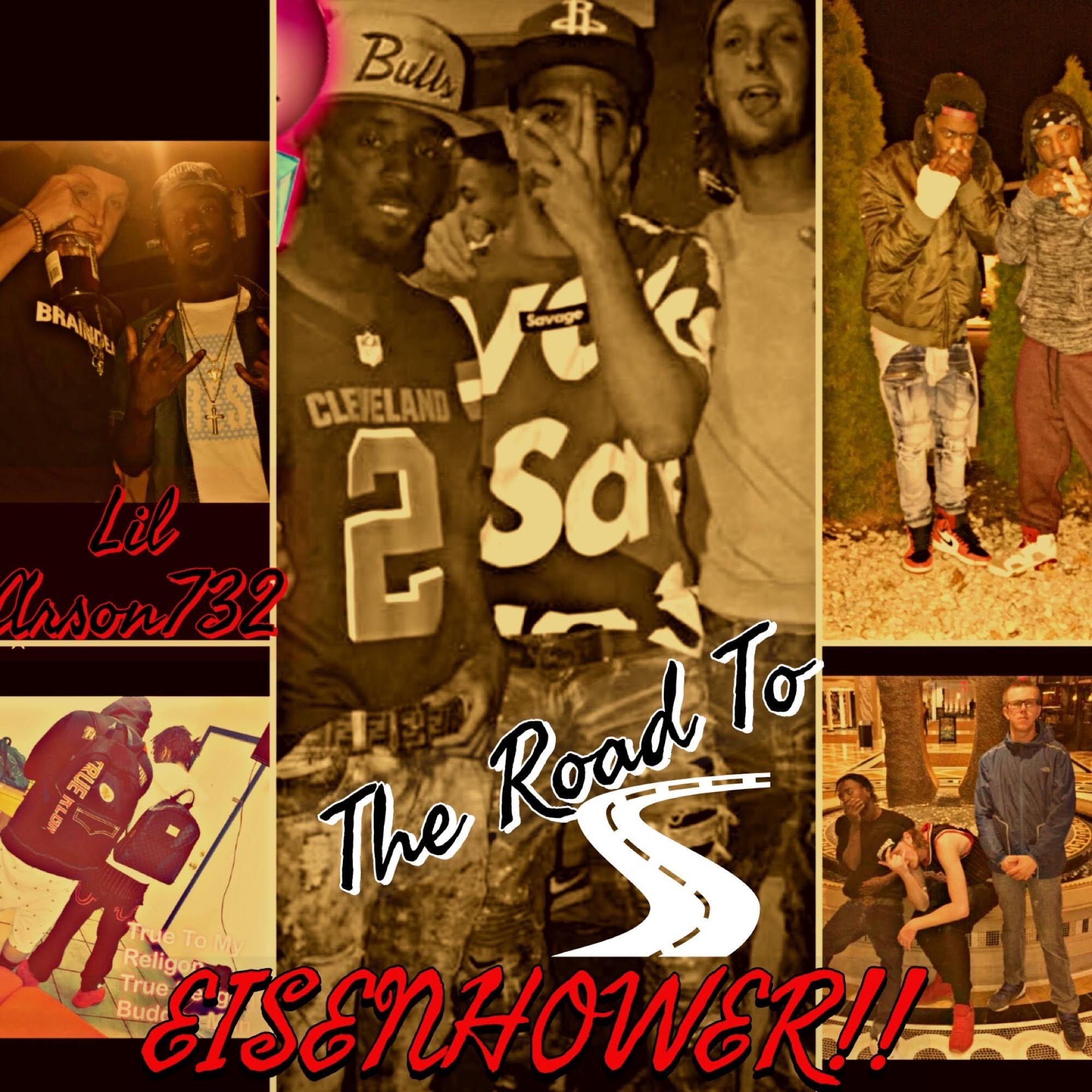 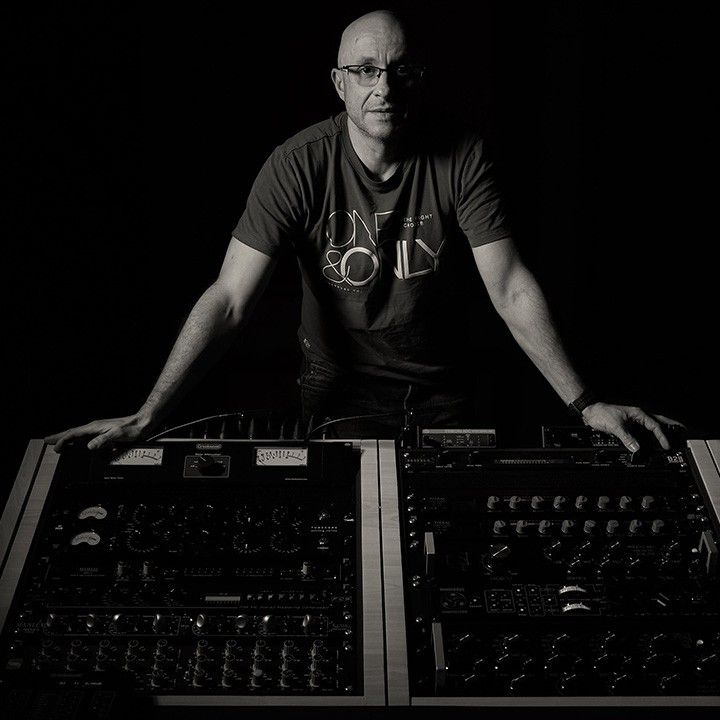 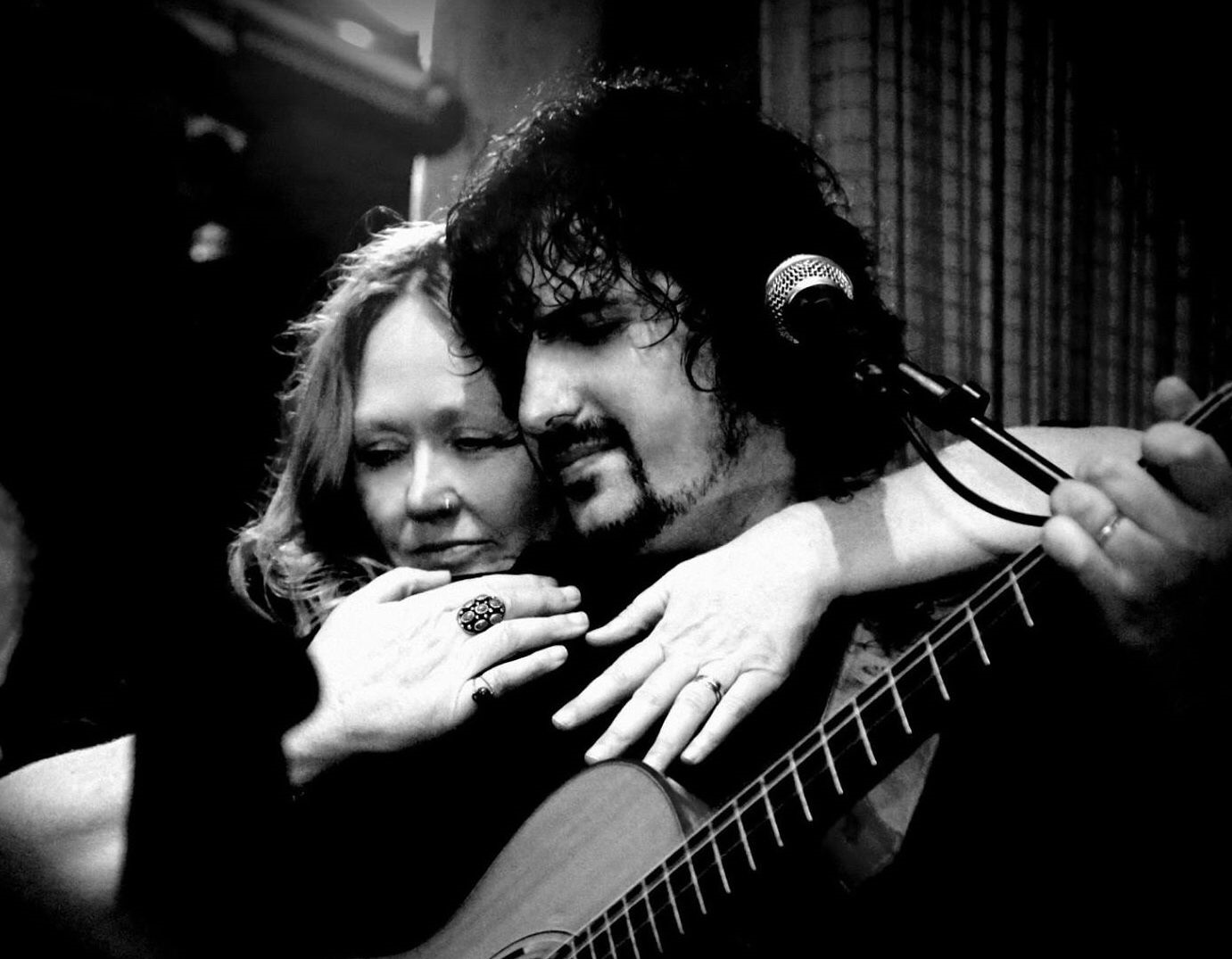