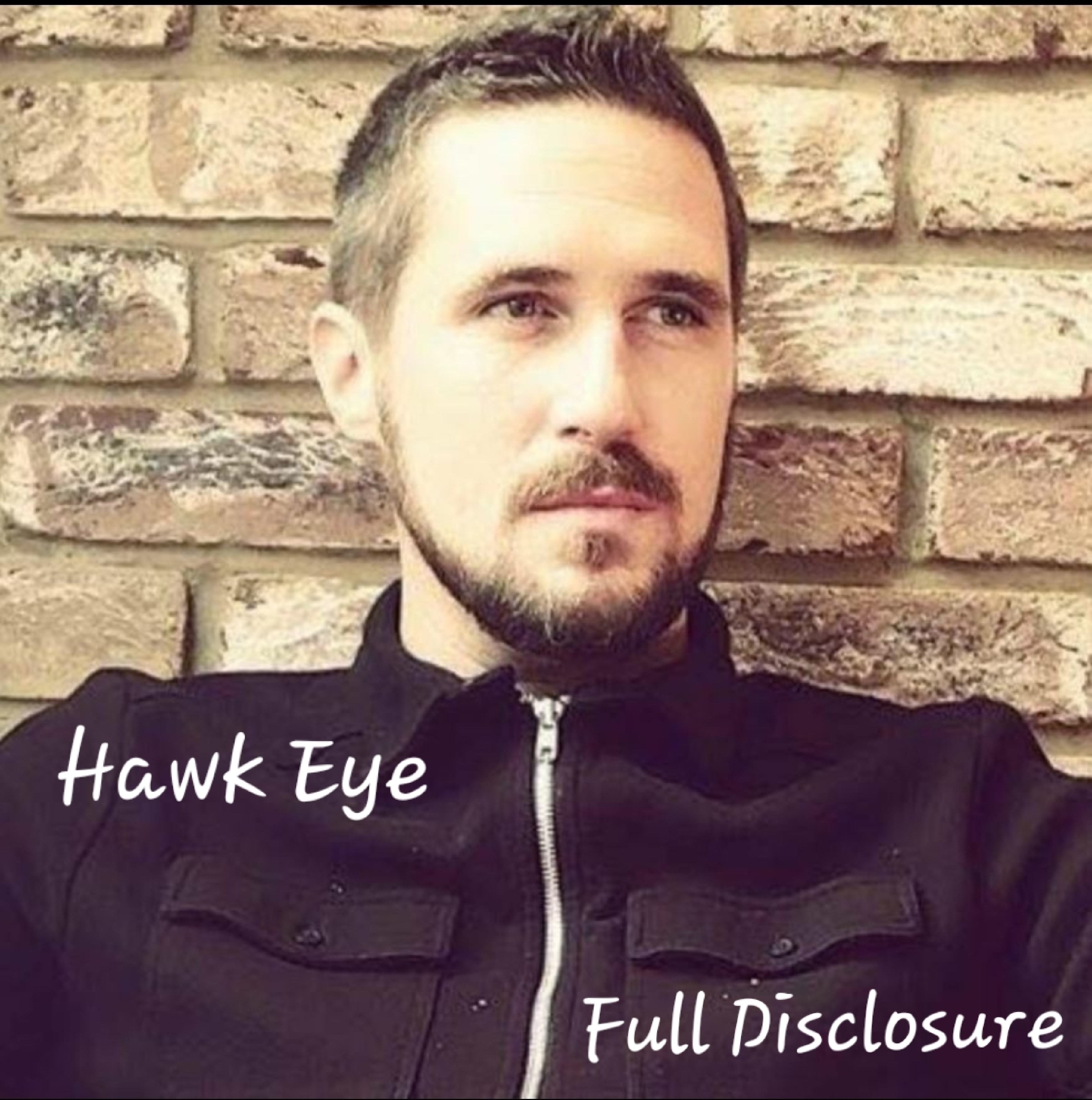 ‘Full Disclosure’ is the first release of what US hip-hop artist Hawk Eye has planned as a trilogy of mixtapes that will serve as his introduction to the world. Just as the title suggests in this record the artist gradually reveals the main subjects and topics that intrigue them and showcases his own interpretation of the US-style, lyric-heavy hip-hop music.

‘Full Disclosure’ is a lengthy listen, spanning over 15 tracks, which are definitely a nod to the old-school beat-making and some better times for not only hip-hop music but lyrics as well. Style-wise Hawk Eye reminds us more of artists like Eyedea and Abilities than to what’s hip in 2020 and honestly, that’s a great thing.

Lyric-wise Hawk Eye is dealing with a LOT throughout the record, he stands against the mainstream, he’s political, he’s personal and he’s very focused on conveying his own point of view. He’s teaching, he’s preaching without being too aggressive in both. So dense on words, thoughts, and visions, ‘Full Disclosure’ might be a tough record to digest for the contemporary listener, who’s used to easy-to-swallow, only-for-entertainment hip-hop music but we strongly suggest you spend some time with the album because we’re sure the best is yet to come from Hawk Eye.

We do realize that mixtapes are not as polished as, let say, a full-length we’d appreciate a bit more homogeneous production, especially in the vocal department. Some tracks on the album are produced differently than others, some vocals are tracked cleaner, while others feel a bit oversaturated, sometimes even lo-fi and not quite balanced in the mix.

However, after a few spins, even this might stop being problematic as it really contributes to the overall raw and emotional vibe of the mixtape. And honestly, that’s how hip-hop should be – direct, focused and straight forward.

Give us the rest, Hawk Eye. We’re waiting.