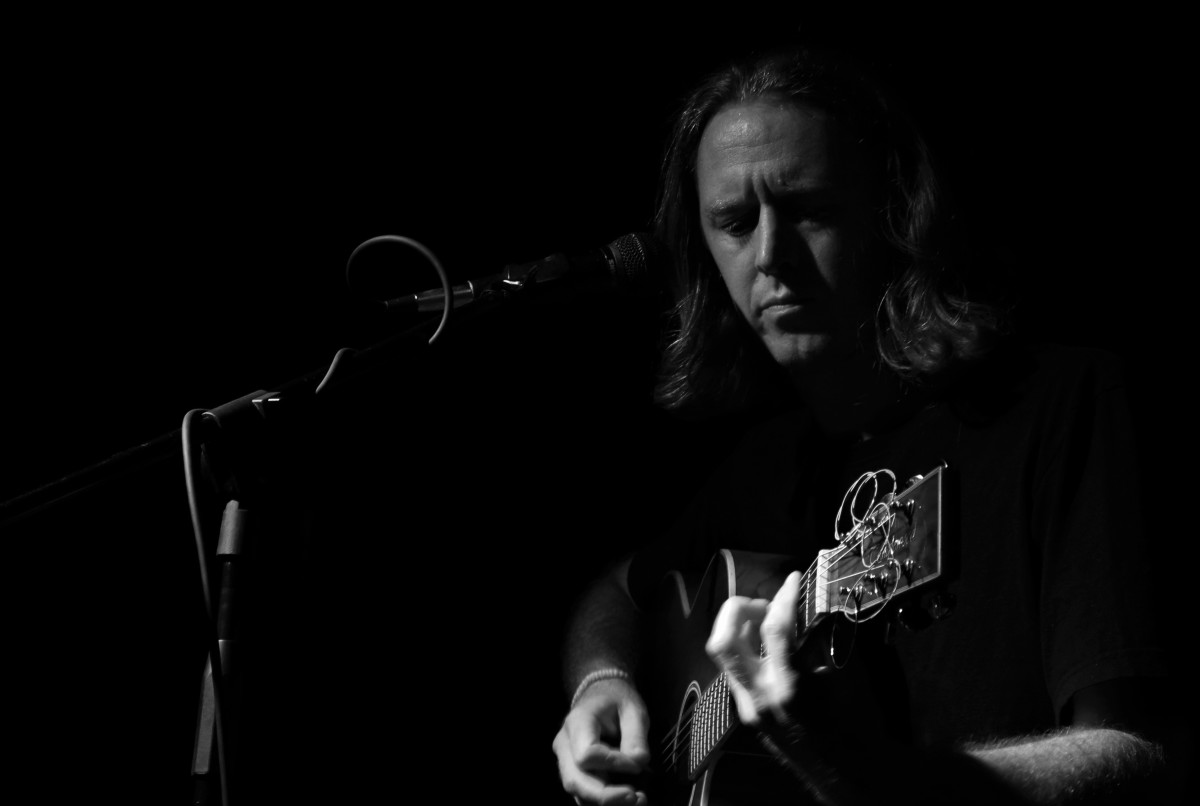 Recently we had a nice and honest conversation with our community member Quinton Tarr – a self-taught singer-songwriter and punk rocker who is currently pushing his solo career in the South African music scene and just became one of our first endorsed artists.

Tell the world about yourself. How did you grow up to become the musician you are today?
Well, I’ve always been considered an oddball most of my life. Grew up all over South Africa. Went to MANY different schools. It was just my mom and I up. Now I’m married and have 2 kids.

Introduce your current musical projects and tell us what makes each one special for you!
I had a band going but due to there was a major personality clash between the drummer and so I decided to stick to my solo music for the time being. I’ve had it going since 2006 when I first recorded Black Rose. Musically it’s the most freeing because I’m not limited on my instrument or plagued by other people’s issues. Where there are people, there’s drama.

You have been playing music for a long while! How do you find the drive and inspiration to keep going all this time?
Well, to be honest, it’s the only thing I’m any good at so it immediately made me feel like I belong.

How is your local music scene in your perspective? Do you feel like you belong there?
Not very progressive. Mostly cover artists with backing tracks and DJs, which is not what I do at all, so there’s always this comparison made “Well we pay so and so this and he does this..” and I’m expected to just fall in line. I’m an artist, my art is not something I’m willing to compromise on. So needless to say I’ve put gigging aside for the time being and am focusing more on recording and online promotion. I’ve lived in bigger cities where live scene is more vibrant and open-minded.

What are your favorite software and hardware tools for music production?
I’m not too clued up on that sort of thing, I’ve used whatever I could get my hands on and pretty much just felt my way through the dark, so to speak, sometimes I get by with the little I know, sometimes it’s a complete screw-up and I delete the work. It’s a gamble really, but if I try 2 or 3 different ideas, 1 of them usually works. As far as recording and producing my own demos is concerned. I’d love to have an album recorded with Jack Endino someday, but we’ll see if that comes into fruition. Time will tell. I wouldn’t mind doing it myself long term but I’d have to get a lot better at it if I’m to go as far with my music as I’d like to.

What is your songwriting process like?
I don’t really have a specific way. It sort of just comes to me. Like sometimes I’ll have lyrics and then the music will come to me and sometimes it’s the other way round, but more often than not they both present themselves simultaneously.

Out of all the live shows you played, which one was the most memorable, and why?
Probably Splashy fen in 2014 with my then band Sons of Us, we played on Art Matthews’ stage and he was very encouraging. We had people from other countries who thought we were this big amazing when we were just a bunch of local rebels doing our best to stay sane the only way we knew how. But yeah, there was something really special about that show. There have been quite a few though, I won’t lie, but I was going through so much crap during most of it that I struggled to really just let loose and enjoy it.

What is your biggest musical goal?
I just want my music to be heard internationally, I’m not even sure why, to be honest, to travel the world and perform in front of millions of different people. To encourage them to follow their dreams, just by following mine, sort of how Eddie Vedder, Kurt Cobain, etc. did for me. It’s not complicated really, but it is really difficult.

How has being on Drooble helped you as a musician?
It has helped in quite a few ways actually, like having my music heard by people all over the world and having their encouragement and criticism to grow on. The Artist Endorsement program is definitely something I look forward to being involved in. I’ve just recently joined and I’m very excited to see what comes of it. Thank you for the interview, I really enjoyed answering these questions.